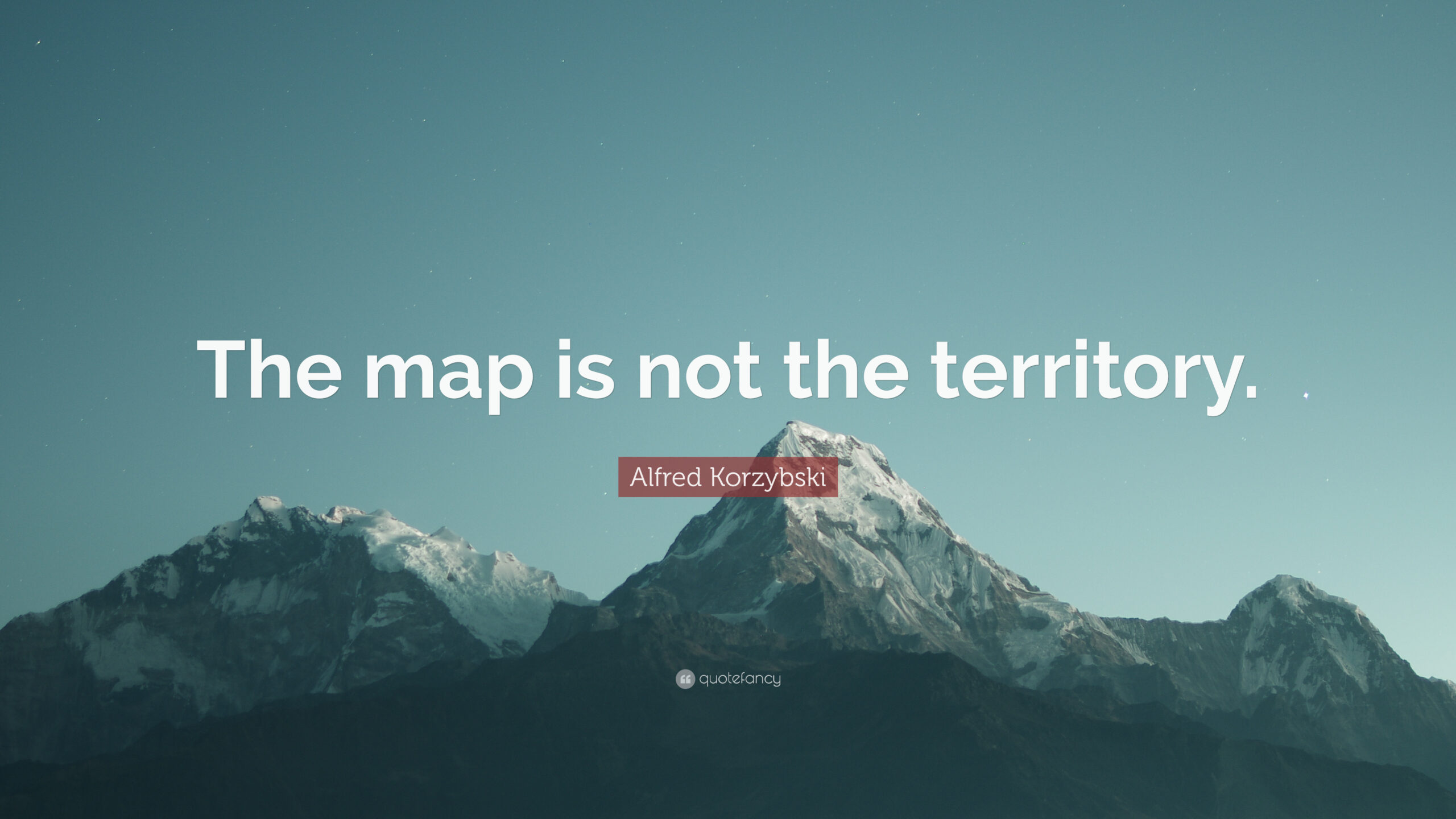 Alfred Korzybski, an early 20th-century semantics scientist and philosopher was the one who stated the phrase – “The map is not the territory”. He explained this phrase to mean that people in general do not have access to absolute knowledge of reality, but merely possess a subset of that knowledge that is then tinted through the lenses of their own experience. He further added that it is important for people to know that, their understanding of things, “the map”, is not a true representation of reality itself or everything represented by reality, or “the territory”

The way we see the world isn’t reality itself. We don’t respond to reality. We respond to our internalized map of reality. Perception always intercedes between reality and ourselves. In a lay man’s understanding, this means that things aren’t always the way we see it….there is always more to know. Hence, we shouldn’t be too quick to judge, condemn, cast aspersions, correct and play the “knowledgeable one” on people you have never met or do not really know.

It is a new week, why not resolve to be a ‘deeper’ you…who is not so quick to judge anything you do not have a feel of, never experienced, or believe in. Know that your view, opinion, perspective, are not wholesome until you have experienced the same circumstance…so, BE NICE. “Your opinion is your opinion. Your perception is your perception. Do not confuse them with facts or truths. Your perception may not be my reality” Remember that, the map is not the territory. So, what do you see?.

Cheers… Have a fantastic week!